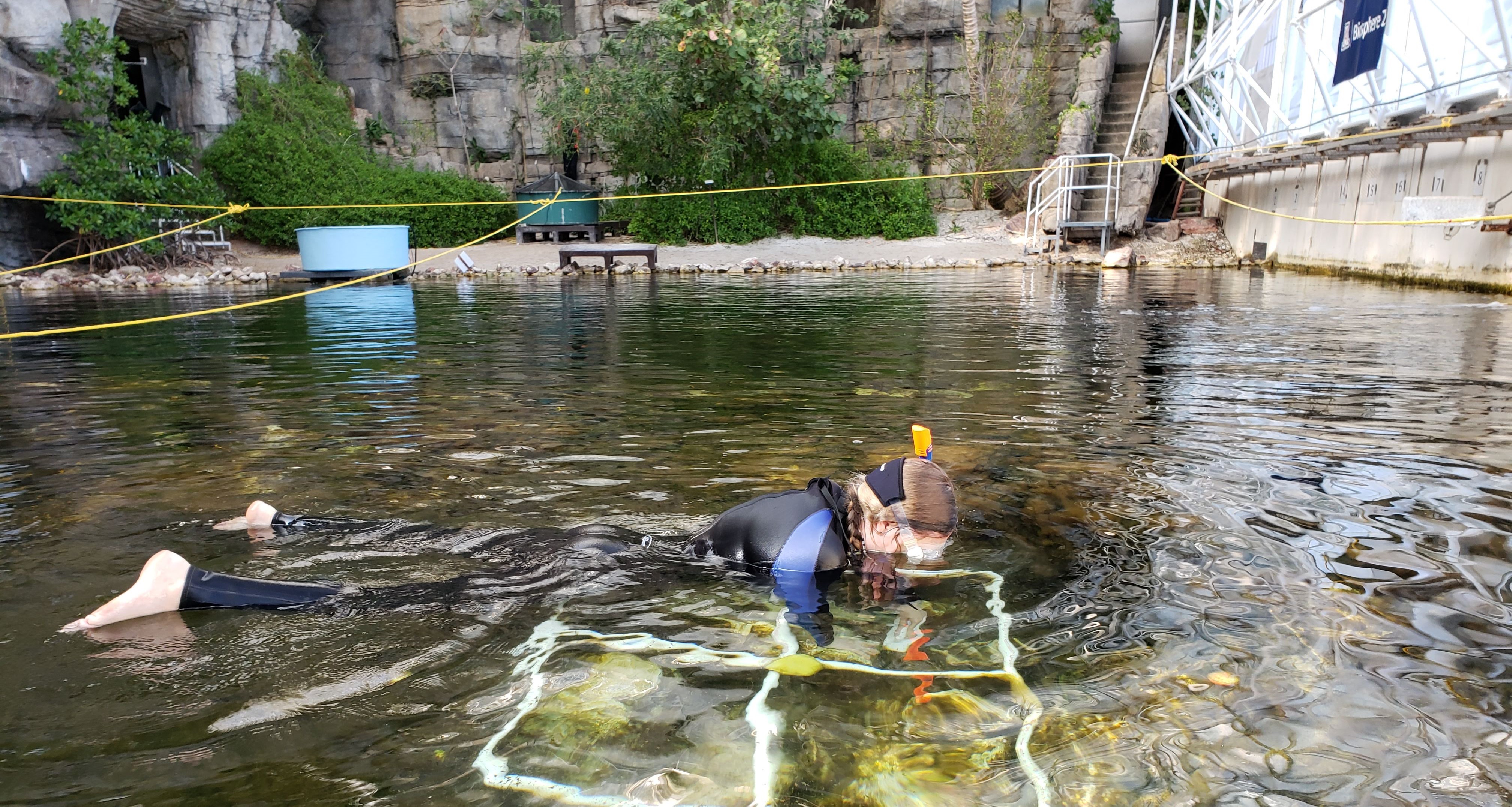 Understanding and managing the effects of climate change and human impacts on the world’s oceans are critical challenges for the 21st century. The oceans are becoming warmer, more acidic, more polluted and less productive. These changes threaten the health and livelihood of billions of people around the world that depend on the ocean for food and other resources. Coral reefs are the “rainforests” of the ocean. They make up only a tiny percentage of the world's ocean area but are home to more than 40% of marine fish species. They are also some of the most productive areas of the ocean and a source of food for humans and marine life. Climate change and pollution are particularly threatening to coral reefs because the coral animal is particularly sensitive to changes in temperature, pH and water clarity. Coral is not just one organism, but rather a metaorganism. The coral animal lives in symbiosis with a photosynthetic alga and beneficial bacteria. This trio of organisms form the foundation of the entire coral reef ecosystem. Increased temperature, acidity and turbidity cause this relationship to break down. The coral animal, in particular, cannot live without its symbiotic partners.

The goal of this VIP is to understand the interaction of biotic and abiotic factors on the physiology of corals. The labs of Jeremiah Hackett, Diane Thompson and Laura Miller take complementary approaches from the fields of biology, geosciences and mathematics to understand how corals will be affected by future climate change and what we can do to promote their resiliency.

Dr. Hackett is interested in the molecular interactions among the three groups of organisms that comprise healthy coral reefs: bacteria, algae and coral animals. Dr. Thompson is interested in how these interactions, as well as abiotic variables, like temperature and acidity, affect the chemistry of the calcium carbonate skeletons produced by corals.  Dr. Miller uses comparative biomechanics and physiology to understand the changes in fluid dynamics forces experienced by corals.

Research activity in this VIP will address the effects of future and past climate change on coral resiliency. The Biosphere 2 Ocean is an ideal facility to try to understand the relationships among these three organisms because it is big enough to mimic some of the natural forces experienced in the natural ocean, but it is small enough that we are able to control, measure and observe changes to the ocean in ways that would be impossible in the field.  We can control temperature, salinity, nutrient concentrations, light intensity and control which organisms are introduced to the system and observe them reliably. We can do powerful things like fast forward the conditions of the ocean to what we think real oceans will be like in 50 years, when it is predicted that 90% of coral species will be extinct. We can test different corals and symbionts to find species that can tolerate future climate conditions, giving conservation efforts a head start on saving and building reefs that are resilient in the face of climate change.

Please complete our Coral Reef Resilience VIP Application if you are interested in joining this time.